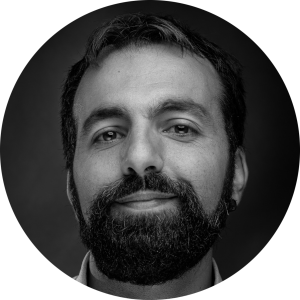 Marcello, let’s go back in 2015. You just discussed your PhD and then you decided to pursue a career in Science Communication. What steps did you take, in order to do so?

In fact, the very first steps of this new path were taken during my PhD, when my supervisor, Prof. Battaglini, allowed me to perform some dissemination activities, directly related to my PhD experiments (such as “European Researchers Night” and “Trieste Next”, science events with talks and workshops) or to University of Trieste activities in general (such as “Caffè delle Scienze”, science cafés held by researchers of the Trieste area). I then realized that I felt more comfortable (and I enjoyed more!) to explain the beauty and the results of scientific research rather than to do it myself: it was a sort of epiphany, which called into question what I had done up to that moment.

Why did you choose the master at SISSA?

Once I realized that scientific communication was what I wanted to do, it was time to learn how to do it: so I made some researches, and I discovered that the longest-running and most successful master’s degree in this field in Italy was just around the corner. I than decide almost immediately to apply, and to try the admission test.

What is your current job about?

Currently I am a freelancer, and a collaborator for the communication of research projects at UniMi (University of Milan) and IIT (Italian Institute of Technology). My work ranges from organization and communication linked to scientific dissemination events (e.g. “Fascinated by the Brain” in Pordenone, “Science Festival” in Genoa) to the realization/revision of didactic material for publishing companies to a freelance journalistic activity. In the past, for example, I worked for three years in a digital communication agency, then for about a year and a half I collaborated with ILAS (SISSA) for health prevention and promotion projects in schools (for different grades, i.e. both children and teenagers). You can check my LinkedIn account: https://www.linkedin.com/in/turconimarcellomaria/

What are the challenges of being a freelance in Science Communication?

Especially at the very beginning the main challenge is to build a sort of “self-brand”, to make people know you and your job (for this purpose the network developed during the two years of the MCS was very helpful). Another big issue is to organize your job at the best: it’s true, you don’t have to be in the office at 9.00 am sharp, but on the other hand a lot of times you may work after 6 pm, or during weekends, since you are the only person in charge for deadlines compliance.  Last but not least, you have to deal with the fiscal aspects of your job, and learn how to manage earnings, taxes, social security contributions… it’s not rocket science, but anyway something new!

“C come Cervello” (“B as in Brain”) is your first book. How did you decide to write a children’s book about neuroscience?

The idea was born during the first lockdown (March 2020) when I had time to think more in deep about the direct experiences of teaching in the classrooms: I noticed that children understood neuroscience topics, they easily memorized them, and they were fascinated by them.

I then introduced this project to a publishing company – Nomos. Nomos is specialized in children’s illustrated books. Once my idea was approved and the text was completed, a long process of confrontation began with the illustrator Allegra Agliardi. Our target was to create illustrations that could stimulate the children’s imagination (e.g. the areas of the brain, neurons, some structures such as hippocampus and thalamus …) but at the same time scientifically correct. She made it possible.

How is it going, is your book distributed all over Italy? Are you planning to translate it in some other languages?

‘C come Cervello’ is available in most of the Italian bookshops, in Nomos website and in some online stores (Amazon, Mondadori, IBS…). It has been one of the ten finalists for the “life sciences” section of the National Science Communication Award, and it was adopted by “io vivo qui” in Genova (https://www.iovivoqui.org), a redevelopment project for a difficult neighborhood. A collaboration with the blog for teachers “Dire fare insegnare” (“saying do teach”) led to the creation of didactic cards. Also, a recent great news: the publishing company just sold the copyrights to Chinese colleagues, so “C come Cervello” will be printed shortly in Chinese as well. We would love to see it translated in many languages for kids all over the world (English, Spanish…).

Which are the projects on which you are working currently and which are your plans for the future?

I just started a collaboration with the Italian Institute of Tecnhology (IIT) for the communication and dissemination of competitive projects (ERC, European projects and so on): I am very excited about it because I think it would be a great way to enhance my know-how in institutional scientific communication. For the future it would be great to establish a long-term collaboration with one of the many scientific research centers in the Trieste area and then…who knows, maybe another book!

You are having quite an exciting career in Science Communication. Is there any advice you would like to give to people that want to follow the same path?

Learn the basis of as much as you can (photo/video editing, news writing, text editing, project managing, event organization): maybe you will not need these skills immediately, but sooner or later they will be useful. And, even if it’s not easy, do not devalue your job: unfortunately there will be cases of those who, especially at the beginning, will try to make you work by ‘paying you in visibility’. But if you decide to communicate science for a living, you are a professional: the time you spent to train yourself, and your job, matter…always!

This website uses cookies to improve your experience while you navigate through the website. Out of these, the cookies that are categorized as necessary are stored on your browser as they are essential for the working of basic functionalities of the website. We also use third-party cookies that help us analyze and understand how you use this website. These cookies will be stored in your browser only with your consent. You also have the option to opt-out of these cookies. But opting out of some of these cookies may affect your browsing experience.
Necessary Always Enabled
Necessary cookies are absolutely essential for the website to function properly. These cookies ensure basic functionalities and security features of the website, anonymously.
Functional
Functional cookies help to perform certain functionalities like sharing the content of the website on social media platforms, collect feedbacks, and other third-party features.
Performance
Performance cookies are used to understand and analyze the key performance indexes of the website which helps in delivering a better user experience for the visitors.
Analytics
Analytical cookies are used to understand how visitors interact with the website. These cookies help provide information on metrics the number of visitors, bounce rate, traffic source, etc.
Advertisement
Advertisement cookies are used to provide visitors with relevant ads and marketing campaigns. These cookies track visitors across websites and collect information to provide customized ads.
Others
Other uncategorized cookies are those that are being analyzed and have not been classified into a category as yet.
SAVE & ACCEPT